These will appear in the main blog area of the site. 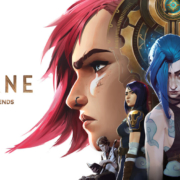 Arcane and its characters are a copyright Riot Games.

I want to start with a warning. The show you’re reading about is not for everybody. Adult language, drug-use and addiction, intense violence, suicide, murder, insanity. Don’t let the word “animated” fool you into thinking I’m talking about a cartoon. This show can get dark.

I am late to the party for the nine episode Netflix animated series Arcane: League of Legends, but squeezed it in over the holiday and can’t help but share some feelings about it.

A little backstory on the show’s subtitle: in a way, Arcane is an origin story for a large handful of characters from the 2009 Multiplayer Online Battle Arena (MOBA) video game League of Legends by Riot Games. (It’s worth explaining that this game further popularized a fan-favorite map/mode called “Defense of the Ancients” [or DOTA] for Warcraft III. In it, the general idea of Warcraft – building up and battling two armies of varying strength against each other (called an RTS or Real Time Strategy) – is replaced with taking on the persona of one of a select group of “heroes” in a 5v5 match defending bases. Ten players playing ten heroes in two teams. League of Legends has gone on to inspire a generation of MOBA games and even worked its formula into first person shooters such as Overwatch, Team Fortress 2, and Apex Legends.) You do not need any of this knowledge to enjoy the show, but here’s why I mention it: While I’ve never played the game, I know that in League of Legends you can pick any hero before you jump headlong into battle – and you’ll have a fighting chance of winning. This is because in order to continue their decade (plus) of success, Riot Games has had to achieve expertise in one thing more than anything else – and that is the concept of balance.

And it is this concept that lends a sobering dose of realism to characters steeped in fantasy, magic, and impossible feats. Where many video- 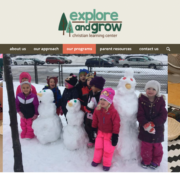 Of the projects I’ve done over the years, some stand out more than others. I enjoyed my work on Explore and Grow Daycare with a small team at Reagan Marketing + Design. For the audience I think it works well and I generally like it — but the one thing that I love about it more than anything else are these amazing illustrations. The client has different animal mascots correlating to each age group in the daycare center – and an amazing illustrator on staff at Reagan Marketing + Design drew these fantastic animals to put some faces with those age-group levels.  While I can’t take credit for these illustrations, I can take credit for the animation. I came up with the idea of sneaking some very subtle movements into these icons – and animated them myself – to see if anybody would notice the movements. I think my hope was that the parents of the children might be sitting next to the kiddos while surfing through the curriculum section, and maybe:

I purposely did not animate some of them just to throw the whole thing further into “did-I-just-see-that” land. My favorites are the bear cub’s ears, and the moose chewing.

This is the kind of thing I’d love to sneak into every project. So much fun! 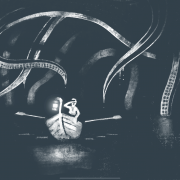 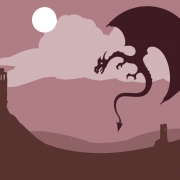